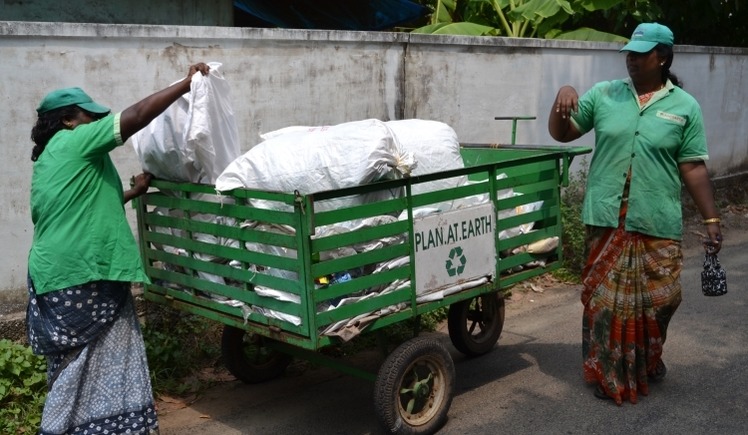 Thiruvananthapuram: In an effort to make the cities of Kerala free from solid wastes, the World Bank and Asian Infrastructure Investment Bank (AIIB) supported government-initiated Kerala Solid Waste Management project has begun in all the 93 urban local bodies in the state. The first phase activities of the project have started in 87 municipalities and six corporations of the state.

Minister for Local Self-Government M.V Govindan has given instructions to conduct data collection and GIS mapping in all the urban local bodies to take stock of the quantity of waste generated every day in the households, commercial establishments, markets, schools, and offices. On a pilot basis, this was completed in Thalassery Municipality. Minister has also instructed urban local bodies to complete the same in the remaining 92 municipalities within four months. GIS mapping activity will be coordinated by govt. run Keltron. Data collection will be done by the respective municipalities. This exercise would help every local body in creating scientific waste treatment units according to the quantity and nature of the waste generated and also considering the space constraints in each municipality.

Land remediation activities have also begun in the first phase in areas where waste has traditionally been dumped. 34 legacy waste disposal sites have been identified in different districts. Here, the initial steps of land reclamation have also begun. As part of the project, more sites will be identified and reclaimed in each municipality in the future. The lands will be reclaimed by segregating the mixed waste heaps that have been accumulated over the years here and treating and disposing of them without any environmental, health, or social problems.

As part of the project, the first centralized recycling park in the state will also be set up through Public-Private Partnership (PPP) model. All recyclable solid wastes can be recycled. It also aims to harness the industrial potential of producing value-added products from solid waste. Non-recyclable waste will be treated scientifically by constructing modern sanitary landfills to ensure their safe disposal.

The State Project Management Unit (SPMU) will assist the municipalities in the implementation of the project. The project is being implemented in the state through a three-tier system that evaluates and monitors the progress and implementation of the project on a daily basis. There will be a District Project Management Unit (DPMU) in all the districts under SPMU. The district-level activities will be coordinated by the District Development Commissioners. In addition, there will be project implementation units in 93 municipalities. The services of technicians and agencies with expertise in the respective fields will also be ensured at all levels of the project.